News from the South Area (May) 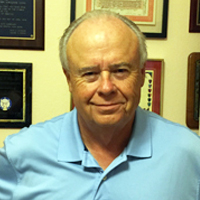 I have lived in The Villages for eight years, and I have never regretted moving here in the slightest. I still find it amusing that in talking with people, s I find I used to live near others who also moved here. I grew up in Rochester, NY but lived in the outer ring suburbs as an adult.

One day I was playing golf here with a guy and the usual subject of “where are you from” came up. He told me where he was from and added that I had probably never heard of it. He seemed shocked when I explained that I had lived about half a mile from him.

Fast forward to last week – I was leaving the gym and a woman was standing by my cart looking at another golf cart. We exchanged greetings and she asked a question that led to my picking up that she was new to the area. Yup – she was from the area that I had moved from and was here looking at The Villages as a place to move to. It was refreshing to hear from someone who was seeing TV for the first time – she was in disbelief over what a beautiful place this is.

In keeping with the theme of beauty in The Villages, not everything that is beautiful is an inanimate object… so are the people. I would like to give kudos to the woman I saw this afternoon on Hillsborough. She was walking along and carrying a plastic bag, initially not unusual. Then I noticed that she was periodically stopping to pick up a piece of litter. She, and the woman that does this on a regular basis on Pinellas, are my heroes.

Did you miss New Resident Night at Colony last week? There was an exceptionally large turn out and it was great to see so many in attendance to learn more about our community. NRN is the second Tuesday of the month, usually at Colony, but an exception is in July when it will be at La Hacienda.

An observation – driving home from New Resident Night in my cart there were two carts going in the opposite direction. Not unusual, but this time there was something odd about it. The second cart had the bright lights on along with an accessory light under the front bumper that was extremely bright. Folks – most newer carts have Hi/Lo headlights that should be dimmed when meeting an oncoming cart or traveling behind someone – the same goes for adjunct lights.