The activity pace in Washington has reached fever pitch, with unprecedented spending and general turmoil in so many areas leading to an incredible level of uncertainty and handwringing among forecasters in the financial community. And that uncertainty has not escaped America’s Social Security System, where the long-term future of benefit continuity for seniors hangs in the balance awaiting corrective attention from Congress.

On August 31, the Social Security Board of Trustees issued its report on the program’s fiscal health as of the end of 2020, noting that Social Security is expected to operate at a deficit beginning in 2021, paying out more than it’s taking in. This situation places the combined Old-Age and Survivors Insurance and Disability Insurance (OASI and DI) Trust Fund reserves on a trajectory that depletes their $2.9 trillion balances by 2034—one year earlier than projected last year. At that point, the program would only be able to pay 78% of scheduled benefits.  Translation: a 22% across-the-board benefit cut.

It’s interesting to note that the Congressional Budget Office 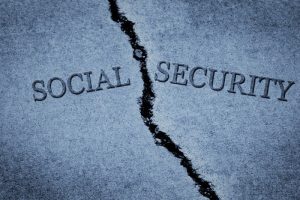 (CBO) in July 2021 confirmed its previous projection that the depletion date for the combined Trust Funds now looks like 2032—two years earlier than the Trustees’ most recent projection of record. As attention is focused on addressing Social Security’s solvency woes, and as more current data is baked into the process, there will likely be reconciliation of these projections. All the estimates, of course, assume that current laws governing Social Security revenue and disbursements remain unchanged over the forecast period.

So, What’s Going to Happen?

As we’ve been saying for years, this is not a self-correcting problem, and the potential impact on America’s seniors is severe. The factors creating the predicament are fundamental: an aging population and a shrinking future workforce. In 1945, for example, there were 42 workers supporting each beneficiary; today that ratio has dropped to a mere 2.8 workers per beneficiary, while life expectancies have grown about 40% over the last six decades.

The need for Social Security reform is imperative. Continued postponement of a re-design and modernization of this critical program can only make the impact of corrective actions more severe with each passing year. A legislative framework offering a solution to the solvency problem without the need for additional tax levies on the workforce is in the best interests of those on Social Security, and it is our hope that the 117th Congress will recognize—and act on—the need for full-scale Social Security reform.