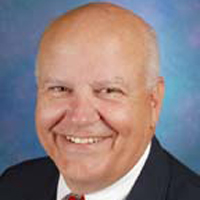 On August 17, I attended the Open House held by The Villages Public Safety Department at Station 40 on Parr Drive.  I sent an email to all the North Area Neighborhood Representatives to tell them about what I learned.  That email follows:

I just got home from attending the first Villages Public Safety Open House at Station 40 on Parr Drive.  It was very impressive.  With my daughter, who is an experienced paramedic, we toured the entire facility and spent most of our time studying the new Ford F-450 ambulance.  This is a very high-end truck, with power-assisted gurney lift, air lift box for leveling on sloped drives, pumps and ventilators and room for large numbers of EMT/Paramedics in acute cases.

We were able to speak with Deputy Chief James Goodworth and Chief Edmund Cain to learn a lot about the impact of the proposed Special Fire District.  Here are some key takeaways:

It behooves us to attend The VHA General Meeting on September 14 (which is open to ALL Villages residents) to learn all we can about the long-term effect on taxes for Sumter County and fees for Districts 2 and 3 in the North Area.  If I lived in Sumter County, I would vote “Yes” for the independent Villages Fire/Rescue District, and I believe the upcoming Open Houses and The VHA meetings will help make that clearer for everybody.

There will be another VPSD Open House on September 20 at Station 47, 4856 S. Morse Boulevard.  In addition, The VHA will hold an open meeting on October 24 at Ezell Recreation Center featuring Chief Edmund Cain.  If you live in Sumter County, I urge you to inform yourself so you can vote wisely.