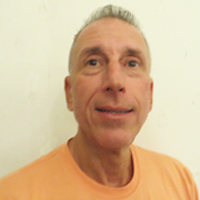 The very first VHA Golf Cart Poker Run was held in the Far South, departing from the Everglades Regional Recreation Center on March 16th.  Participants received clues to figure out four locations they had go to in order to pick each card for their poker hand. Upon finding the four locations and picking each card from the deck offered and then recorded by our volunteers, they returned to Everglades where they picked their last (5th) card and got to enjoy some ice cream while the best hand was determined. Once all the hands were tallied a winner was determined. One lucky resident had FOUR aces. He walked away with $150. Prizes were also awarded for the second-best hand for $50, and the worst hand for $50.  I want to thank everyone who participated and made this a fun event.  Pictured below are The VHA volunteers, (minus Mike and Jane Burke, Mike Dollard, and Mark Palmer), who helped with the event.   L to R: Corda and Fred Oehling,  Jan Palmer, Kathy Houser, Duane Johnson, John Dean, and myself.

The VHA is also happy to announce that we are once again hosting New Resident Night.  This popular program has not been held in over a year due to COVID.   Geared to be an informative and fun evening for new residents to become familiar with the ins and outs of The Villages, it features representatives from government, law enforcement, lifestyle and volunteer groups, with a 50/50 raffle and goodie bags.  For more info, see the ad on the back page and plan to join us on April 13 at Colony Recreation center at 7:00 p.m.

I also want to address the recent notice that we all received regarding the increase in non-Ad Valorem Fire Assessment. The notice was somewhat vague in its wording, so I contacted our County Administrator, Mr. Bradley Arnold, to see if we could clarify the issue. The following is his response:

I will not know what the increase will be for 2021 tax bills until we formulate the budget and the Board provides a decision in July. The public hearing on April 13 is for the Board to consider adjusting the maximum value (cap) of the non-Ad Valorem Fire Assessment. If you have been attending the meeting on the topic of road impact fees, you may know that the road impact fee study used “legally defensible” methodology and established the maximum rate (cap=100%), but the Board set the actual rate at 40% of that maximum value. In a similar process, the non-Ad Valorem Fire Assessment has a legally defensible methodology that is the same used to establish the maximum rate of $125 in 2007. Using the same methodology, but applying it to the current budget of the Villages Public Safety Department and Sumter County Fire operations yields a new maximum rate of $360, as noted in the legally-required first-class notice to property owners when considering changing the maximum rate.

In July, the Board will consider if any change to the current $124 annual assessment will be necessary to shift costs from the Ad Valorem to non-Ad Valorem portion of the County’s levy in the 2021 tax bill.

The VHA President, Mr. Phil Walker, also spoke with Mr. Arnold. President Walker explained it to me this way: “On the Date of April 13 at the County Commissioners Meeting, they will introduce the new higher maximum rate. The current rate was set in 2007. A new assessment rate will be set in July as part of the budget process. The current assessment is $124. Because the maximum rate is $125, the rate has no room to go up. So, you can see, the decision to raise the ‘maximum allowable cap” will take place in April, but the actual determination for an increase applied to the tax bill will not occur until July. They are only discussing raising the ‘Maximum Allowable” cap from $125 to $360 at the April 13 public hearing. The decision to actually raise the fee will take place in July during the budget process. The Board can decide to raise the fee to the maximum allowable, raise it in small increments over several years or not raise it at all. Mr. Walker and I will continue to monitor this issue as well as all issues that affect our lifestyle.