Social Security’s COLA Provision—What Does the Future Look Like? 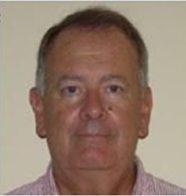 January 2021 brought Seniors a Social Security benefit increase of 1.3%, a drop of about 18% from 2020 and only about a third of the average increase since the COLA process began in 1975. In terms of dollars, the 1.3% translated to an average monthly increase of about $20, an amount that is pared down for many folks by their Medicare Part B premium increase.

Social Security’s COLA uses the Consumer Price Index for Urban Wage Earners and Clerical Workers (CPI-W), measuring changes in the pricing of consumer goods and services purchased by households. CPI-W is referred to in some quarters as a “blue-collar measure,” since it measures spending patterns of urban households that derive more than one-half of the household’s income comes from clerical or wage occupations.

While the increase was certainly welcomed, it once again triggers concerns about COLA’s inability to keep benefits from losing ground to inflation. It’s generally felt that the COLA process does not sufficiently weigh the costs most important to seniors, predominantly housing and medical expenses.

Given the disconnect between COLA’s current math and the economic realities facing Seniors, many eyes are turned to the use of a revised measurement, CPI-E, where “E” stands for elderly.  Under CPI-E, spending areas more common to Seniors are given more weight. In fact, the Biden presidential campaign platform advocated for CPI-E, and it may be likely that the issue will be a factor in Social Security reform discussions in the 117th Congress.

The AMAC Social Security Guarantee will potentially play a role in shaping the future of COLAs, advocating a tiered approach in which annual adjustments are certain and are tied to household earnings in a structure that guarantees annual benefits for all while solving the Social Security solvency problem. Check out AMAC’s plan at AMAC.us/social-security.