Social Security’s 2022 COLA: A Tale of Good and Bad

Social Security beneficiaries are looking forward to January and the added 5.9% cost of living adjustment (COLA) in their monthly payments, undoubtedly a welcomed boost to millions of older Americans. It’s an uncommonly large increase. In fact, since the turn of the century, annual COLA adjustments have averaged about a third of that, with three years seeing no increase at all. To put the size of this adjustment in historical perspective, almost none of today’s Social Security beneficiaries have ever seen an increase this large. 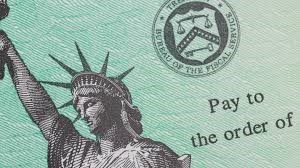 So yes, many were joyful to learn of the more than four-fold increase over last year’s COLA, especially the millions of older Americans dependent on Social Security for over 90% of their total income. The extra income will offer Seniors a bit of breathing room in dealing with the alarming price increases we’ve seen this year. That’s clearly the upside to this impressive COLA increase. Unfortunately, though, this upside is overshadowed by a downside that has some unpleasant aspects.

First, remember that the COLA calculation process is nothing more than a measurement of how costs are trending for Americans. As costs rise, the COLA process increases Social Security benefits so that Seniors can cope—at least to some degree—with higher living costs. A generous COLA, unfortunately, obscures something potentially catastrophic for Seniors…inflation. It’s simply a fact that the annual COLA is merely a way to keep beneficiaries from losing too much ground in their economic struggle. Indeed, they’ve already lost considerable ground because next year’s COLA reflects already inflated prices now in effect. Far from helping seniors catch up, COLA only partially offsets inflated prices they will continue to pay in the future.

An even more subtle downside to the high COLA is the impact on Social Security’s long-term solvency problem. Social Security’s Trustees projected in their 2021 annual report to Congress that the program’s trust fund reserves would be exhausted by 2033, forcing an across-the-board cut in benefits of about 24%. That was before the COLA projection was known, and now it looks like that projection was optimistic. In fact, some sources suggest that this point of exhaustion may be reached a year earlier…potentially about a decade from now. And, if the inflation trend continues at a rate higher than assumed by the Trustees in their projections, the pace toward trust fund depletion will just keep dragging the endpoint closer.

None of this is really news…the solvency issue has been kicked around in the media and in Congress for many years. All that’s needed is our political leaders to demonstrate the will to take corrective action before it’s too late…and before the alternatives become intolerable.